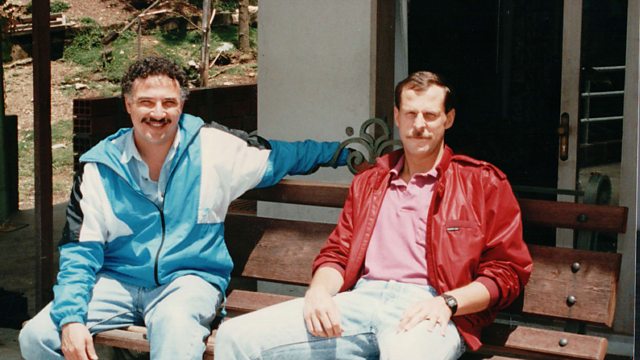 How We Hunted Pablo Escobar

Pablo Escobar was one of the most notorious criminals of the 20th century. The Colombian drug baron controlled 80% of the global cocaine trade in the 1980s and was linked to the deaths of thousands of people, including hundreds of police officers. There was a huge operation to hunt him down and Colombia asked the US Drug Enforcement Administration to help. We meet the two DEA agents who were involved - Steve Murphy and Javier Pena. Their stories feature in the popular TV show, Narcos.

In March 2011, a massive earthquake and tsunami caused devastation in Japan. Nineteen thousand people were killed and another two and a half thousand are missing -- including four hundred and twenty-one people from the town of Otsuchi. There, many people are still struggling with their losses. So one resident, Itaru Sasaki, has installed a phone box in his garden where relatives can come and have imaginary conversations with their loved ones. Outlook's Alessia Cerantola paid a visit to the booth.

Vanessa Toulmin is from a long line of English fairground people, she grew up with the fair as part of her life, but she chose a very different path in life. She's now a professor at Sheffield University in the UK and has set up the National Fairground and Circus Archive. She tells Jo Fidgen about her life, growing up with the fair.

How Outlook Solved a WWII Mystery

The Nurse who Saved a Starving Town