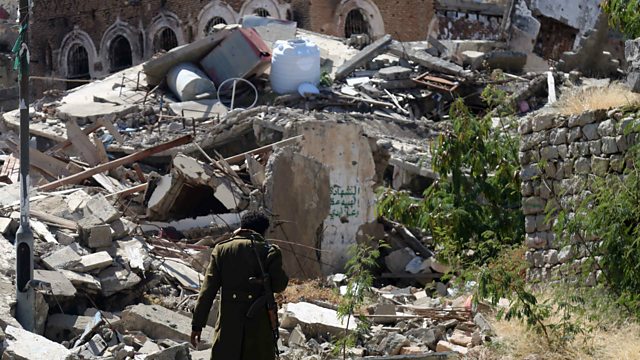 The UN has issued a stark warning that children in Yemen face death from starvation because of a lack of international help. Houthi rebels and forces allied to a former president are fighting the internationally recognised government, which is backed by Saudi Arabia. The top UN official in Yemen, Jamie McGoldrick, describes the damage the conflict has caused.