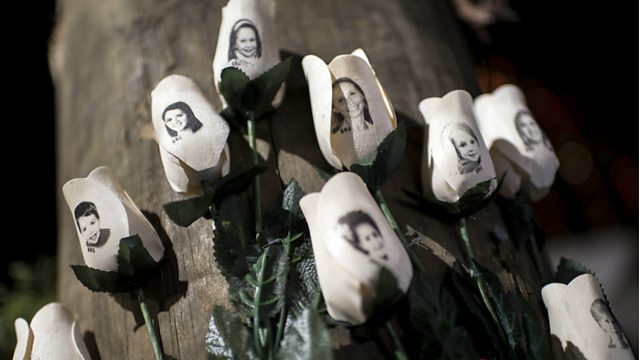 The Father taking on the Sandy Hook Trolls

Lenny Pozner's son was the youngest victim in the Sandy Hook Elementary School shooting in 2012. Lenny now fights against the conspiracy theories about the deaths.

Four years ago, a gunman walked into the Sandy Hook Elementary School in Newtown in the American state of Connecticut and shot dead 20 children and six adults. The youngest of these children was Lenny Pozner's son, Noah, who had just turned six. After the shooting, conspiracy theories began to circulate on the internet, which suggested that the shootings never happened. Some trolls even targeted the bereaved parents. But Lenny decided to fight back against the trolls. Lenny Pozner has set up an organisation call the HONR network which tackles the harassment of grieving families.

The Travelling Telescope organisation does what its name suggests. It takes a mobile planetarium and powerful telescopes around the country as a way of encouraging children to fall in love with science. Our reporter Wairimu Gitahi went on the road with them.

Su-man Hsu is a facial expert, now based in London, who uses natural products to make her customers look younger. But Su-man's current celebrity lifestyle is a far cry from her childhood in rural Taiwan.

Bruce Edwards has spent most of his working life underground. He was a miner who worked in different parts of Australia for twenty years. Then, Bruce made a change. He continued to work underground, but instead of mining, he began staging opera shows.

The People Who Stoned Me Made Me Mayor

Moroccan Actor Who Fled for Her Life