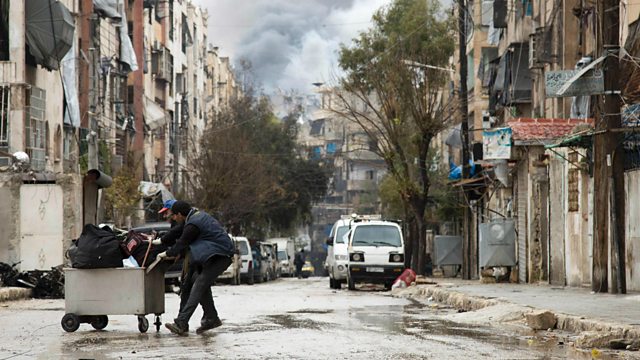 Despite the declaration of a ceasefire, fighting in Aleppo continues.

Airstrikes have resumed on the remaining rebel-held area in the Syrian city of Aleppo. Zouhair, an Aleppo resident speaks to Nuala as shelling continues close to his house.

Also today: Life is on hold in The Gambia as people wait to see whether President Jammeh will accept defeat to opposition.

And #AmirKhan, the British boxing world champion, trends in Pakistan because of a social media spat between his wife and his family.