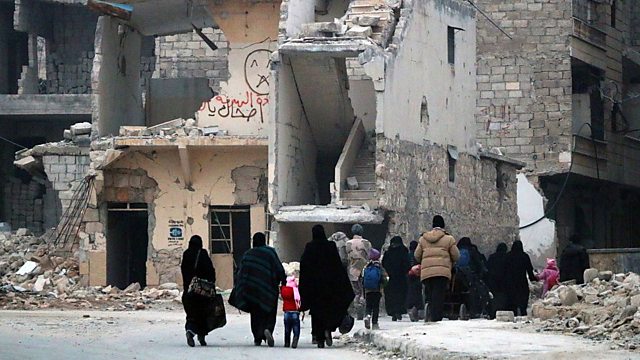 And raising awareness of Jewish identity in Germany with the 'Rent-a-Jew' campaign.

(Photo: Civilians make their way through the devastated streets of Aleppo on 12th December. Credit: STRINGER/AFP/GETTY)