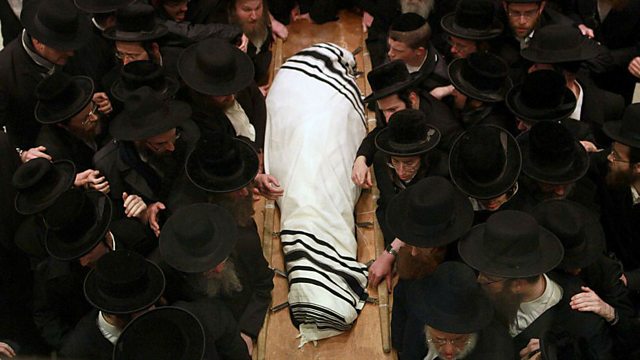 When the Soul Goes Out

He is he says, on a mission from God, Robert Berman’s lifelong campaign for organ donation to be permissible under Jewish/Talmudic law – Halacha – is at the centre of an ongoing debate in Israel. Berman, a Harvard University graduate, is striving to change attitudes to the donating of organs and possibly redefine the strict and ancient definition of death.

Berman has been referred to as “the murderer” as he continues to promote donor cards to this traditional community. Berman’s campaign has left him at loggerheads with Orthodox Rabbis, who view him with outright suspicion and as an outsider who wants to reform Talmudic decrees.

She takes to the street of Jerusalem amongst the religious Jews to explore with the faithful their attitudes to donating and receiving organs and whether there is a chance that the rules over when a person is dead can be altered to make donation allowable under Talmudic law.

Produced and presented by Lipika Pelham

A Night in the Opera