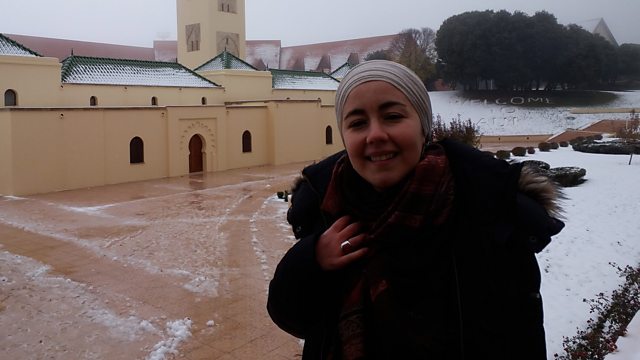 A Neighbour Killed My Parents

Kenza Isnasni's parents were shot dead by a neighbour. Now she fights to stop other Islamophobic attacks.

Kenza Isnasni grew up in Belgium with her Moroccan parents. In 2002, when Kenza was 18, her parents were shot dead in their home by a neighbour. Now she fights to stop other Islamophobic attacks.

Malawi has one of the best netball teams in the world. Mary Waya was one of the country's best players and is now, at the age of 48, the national team's coach.

Cosme Gonzaga is a Rio taxi driver who entertains his customers by singing to them. He is also known as 'Bigode', or 'Moustache', because of his magnificent facial hair.

Parvo Jarvi is a Grammy award-winning conductor from the Baltic state of Estonia. His dad is the world famous conductor, Neeme Jarvi. Recently they have returned to their hometown, Parnu where father and son have set up their own music festival, academy and orchestra.

Phoebe Wainman and her father, Frankie are champion stock car racers. Phoebe has just become the first woman to win a major competition in the sport. Stock car racers often build their own cars and they race around on an oval track, bashing their opponents out of the way as they go.

Outlook Weekend: With a Gun to my Head