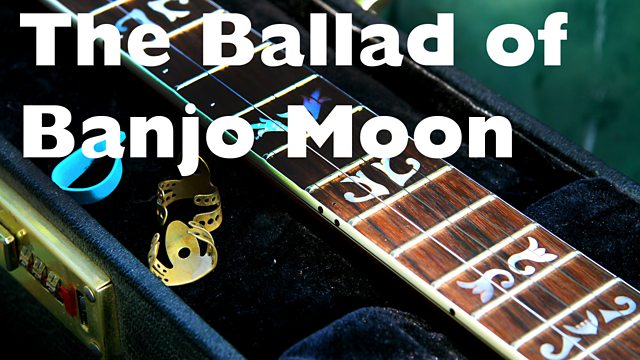 Drama - 'The Ballad of Banjo Moon' by Daniel Cameron

Will there be sweet music or the sound of silence when Poppy interviews Banjo Moon?

Daniel Cameron is an actor and writer trained at the Royal Conservatoire of Scotland. As an actor he has worked with the Citizens Theatre, Tron Theatre, Oran Mor, York Theatre Royal and Teatro Elsinor in Milan. He was recently awarded the BAFTA Scotland New Talent Award for Acting Performance 2016 for his role in the film I Am Me. Daniel is also part of the newly formed In Motion Theatre Company and he writes and acts for the Company.

SINEAD SHARKEY:
Sinead Sharkey is a final year actor at The Royal Conservatoire of Scotland. Credits in training include; Antigone in 'Burial at Thebes', Putana in 'Tis Pity She's a Whore', Linda in 'Death of a Salesman' and Mrs Alving in 'Ghosts'. She is the recipient of the Laurence Olivier Bursary Award 2016 and will be representing the RCS at the BBC Carlton Hobbs radio competition next year.

PAUL KOZINSKI:
Born and bred in Glasgow, Paul has enjoyed a varied career performing in all types of productions and venues. Theatre credits include: Rosencrantz in Rosencrantz and Guildenstern Are Dead, Laurence in Abigail's Party, The Men in Two, Various roles (including Marvin the Paranoid Android) in a radio performance of Hitchhiker's Guide to the Galaxy and many more. Paul has recently been part of the professional development initiative The Tron 100 based at The Tron Theatre. Screen credits include: Taggart, Buried Treasure, Fate, Broken.

HANNAH JARRETT-SCOTT
Hannah trained at the Royal Central School of Speech and Drama (R.C.S.S.D.).
Theatre includes: Once This Is All Over We Still Have To Clear Up (Yellow Magpies/Edinburgh Festival Theatre), Janis Joplin (alternate) in Janis Joplin: Full Tilt (Theatre Royal Stratford East), Lucy in Midsummer Songs (New Wolsey Theatre), Lockerbie: Lost Voices (Elements World Theatre), Violet in The Place Between Sleeping (Ineffect/Strange Town), The Hag/Maid in The Lion, The Witch & The Wardrobe (Royal Lyceum Theatre Edinburgh) and Wendla Bergman in Spring Awakening (Derby Live Tour). Hannah was also part of the Coca Cola Showcasing Team at the London 2012 Olympics in Olympic Park. Radio includes: Teen in Talking To Your Kids About Drugs (NHS) and the Host of Leith Fm (Leith FM). 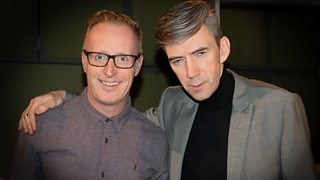