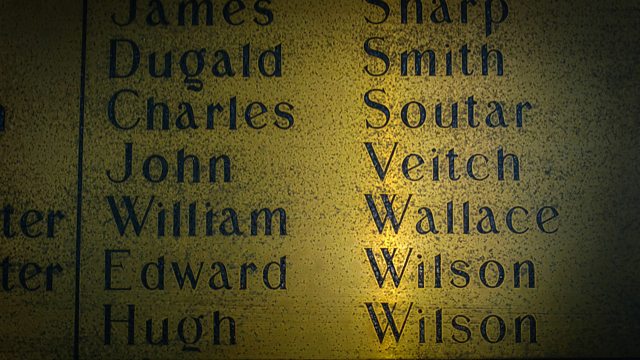 On the last day of the battle of the Somme, three platoons of the 16th Highland Light infantry were stranded in Frankfurt trench behind enemy lines. At first nobody knew they were there - but the Germans soon found out and news finally reached their own side too, who mounted relief efforts. It was all in vain, and this tiny party of the 16th HLI - famed as the Boy’s Brigade battalion, because so many of them were ex members of Glasgow’s BB companies - held out under appalling conditions against superior German forces for a siege of eight days. It did so under the leadership of two inspirational NCOs. One of them was Lance Corporal John Veitch memorialised at St John’s Renfield Church in Glasgow which holds the 16th HLI colours. Louise Yeoman talks to historian and author Colin Campbell, Glasgow BB Battalion secretary Jim McVean and the congregation’s local historian Alan Christie.