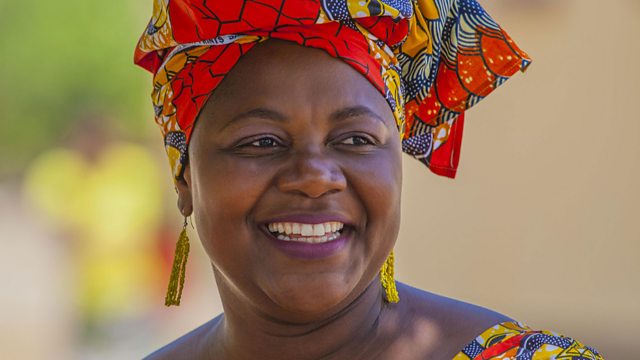 Zambia MP: I Posed as a Sex Worker

Princess Kasune is the first politician in Zambia to publicly reveal they are HIV positive. In parliament, she has urged her colleagues to get tested.

As a newly-elected MP, Princess Kasune announced her HIV-positive status and challenged her fellow politicians to be tested for the virus. But her quest to prevent the spread of HIV goes back even further. Not long after she got her results, Princess pretended to be a sex worker, so she could speak to truck drivers about safe sex.

Every Monday to Saturday in Mumbai, 5,000 delivery men hand deliver 200,000 hot lunches to offices across the city. The men who deliver them are called the Dabbawalas and their efficiency and knowledge of the city has made them world famous. Now, one of them has come up with a way of using their expertise at feeding Mumbai's workers to feed the city's homeless. Reporter Chhavi Sachdev went to find out more.

Tom Hanks stars in the new movie Sully, which tells the real-life story of Chesley Sullenberger, the pilot of US Airways Flight 1549. In 2009 Sullenberger made an emergency landing on the Hudson River in New York. A few months after the incident Sullenberger spoke to Outlook about the emergency. This is a repeat of that interview.

When Sebastien Perret came to Laos from France he was overwhelmed by the number of deaths on the country's roads. So, in 2010, the former fire fighter set up Vientiane Rescue in the nation's capital. It is the country's first volunteer-run ambulance service, which particularly focuses on victims of car crashes. At Vientiane Rescue, bandages have to be reused, the volunteers often sleep at the organisation's bases and, at one point, their only ambulance was a repurposed taxi. Now the organisation has more than 200 volunteers, four rescue stations and eight ambulances.

The Secret Fraudster in my Family

My Kidnappers Called Me Mother