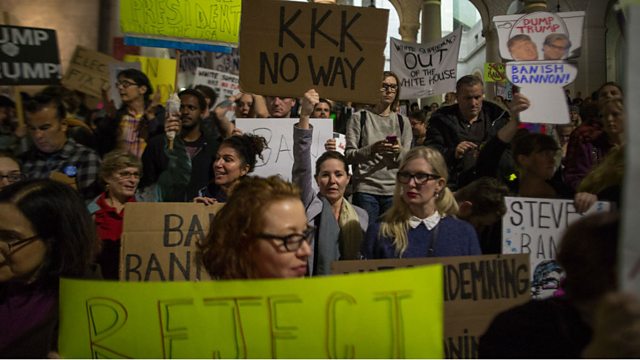 What is America’s so-called Alt-Right?

What is America’s so-called Alt-Right? Donald Trump has repudiated a fringe "alt-right" group that celebrated his election win with Nazi salutes. We discuss what these groups believe in and how broad their spectrum of belief is. Also, we hear from Cameroon where lawyers and teachers are opposing the influence being exerted by French speakers in a bilingual country. And, we hear from Sudan about a hike in the price of medication.

Is 'Free Trade' Good for You?