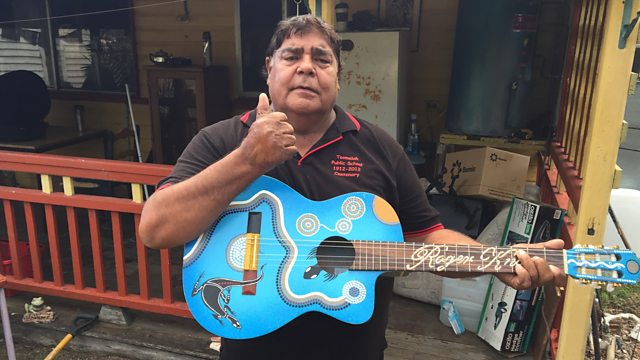 How country music became a powerful form of expression for Australia’s Aboriginal peoples.

Country music is commonly associated with downtrodden, lovelorn, white inhabitants of America’s rural south, but it has also long been a significant form of expression for Australia’s Aboriginal peoples.

Country music became popular 'down under' during the first half of the 20th Century. Thanks to gramophone recordings, wind-up radios and touring bands, it even reached the bush where most Aboriginals lived, often more or less imprisoned on missions and government-controlled reserves. At a time when their own cultural heritage was being systematically erased, country music became a medium through which they could maintain their practice of sharing stories via the oral tradition. Its resonance was enhanced by melodies which tended towards the melancholic. As one musician put it “country music was all about loss, and we’d lost everything”.

Through country music, Aboriginal people were able to give voice to their personal experiences and ongoing struggles for justice. Songs describe, for example, how babies and land were stolen, incidents of racism, poor living conditions, and high levels of incarceration. Country music, far from its origins, has thus become a deeply moving and powerful Aboriginal activism art form. With contributions from Auriel Andrew, Kev Carmody, Roger Knox, Sue Ray, Glenn Skuthorpe and Clinton Walker.

(Photo: Roger Knox with his guitar)

The Story of the Bamboo Club