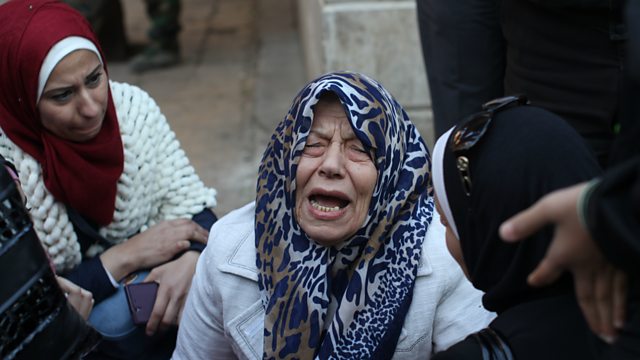 Is the Syrian conflict a civil war or a war against Syria waged by militant jihadi groups?

This week, a special programme recorded in Damascus and Beirut looking at the Syrian conflict and its possible solutions. It’s a highly complex struggle. But is it right to characterise it as a civil war, a home-grown uprising to Bashar al-Assad’s brutal regime – as many in the Syrian opposition view it? Or is the conflict a war against Syria, conducted by militant jihadi groups supported by Syria’s enemies – as the Assad government would like it to be seen? In Damascus, Owen Bennett Jones talks to supporters of President Assad, and in Beirut he considers the same issues with a panel of Syrian government critics.

Trade Wars: the End of Globalisation?

Fares Shehabi – MP for Aleppo, businessman and president of the Syrian Federation of Chambers of Industry<?xml:namespace prefix = "o" ns = "urn:schemas-microsoft-com:office:office" />

Ziad Haidar – Syrian journalist with the Lebanese newspaper As Safir

Wissam Zarqa - a resident of eastern Aleppo and an English teacher