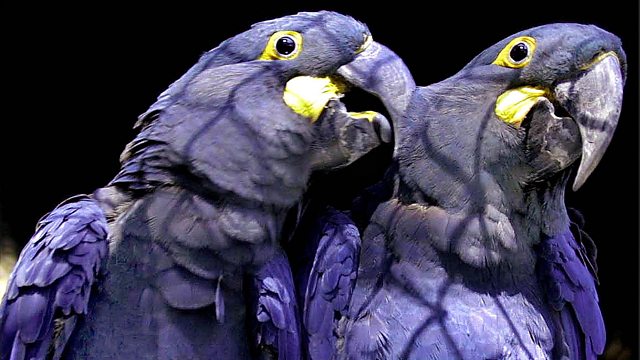 In November 1996 the renowned ornithologist Tony Silva was convicted of smuggling endangered birds into the US. Federal prosecutor Sergio Acosta recalls the high-profile case.

In November 1996 the renowned international ornithologist Tony Silva was convicted of smuggling endangered birds into the US. Some of the animals had been stuffed into cardboard containers for the journey from South America; others were hidden in false-bottom suitcases. Silva argued that he was trying to protect the birds from extinction. Ashley Byrne has been speaking to federal prosecutor Sergio Acosta, who worked on the high-profile case.

Photo: A pair of Hyacinth Macaws groom each other at the Sao Paulo Zoo, Brazil. They are one of the rarest species of birds in the world with only 130 pairs living in the wild in the Brazilian province of Bahia. (MAURICIO LIMA/AFP/Getty Images)