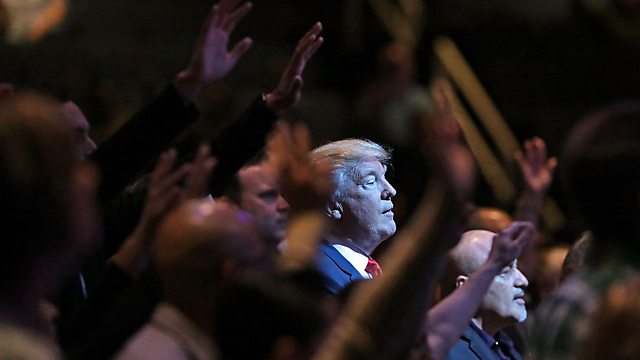 Evangelicals voted for Donald Trump in huge numbers what next for the religious right and what does it mean to call yourself an Evangelical Christian?

Donald Trump predicted that if he won the votes of America's evangelical Christians he would win the election, and he was right.

A quarter of all voters count themselves as evangelical and 81% of them voted for Trump, despite the deep misgivings and public disagreements among Christian leaders over whether their conscience would allow them to endorse him.

Jane Little speaks to four leading evangelical leaders about how they define evangelical Christianity, their hopes and misgivings for the Trump presidency, what role Christian teachings will now play in shaping the country and whether we are in a new era for the religious right in the United States.

Out of the Silence

See all clips from Trump and the Evangelical Vote (2)