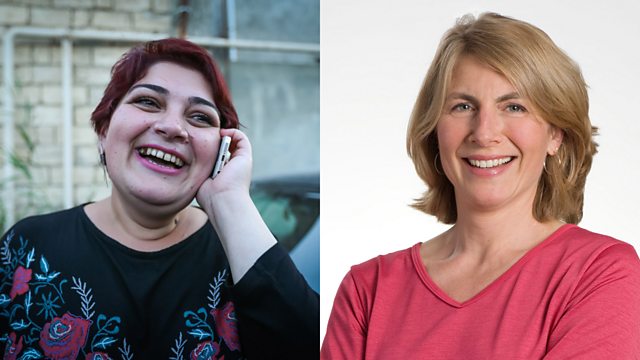 It's a job that can make you many enemies - investigating the secrets of the rich and powerful in Azerbaijan and the US.

Azeri journalist Khadija Ismayilova became the subject of an international release campaign last year when she was arrested and detained by her government, and her cause was taken up by human rights lawyer Amal Clooney. Khadija had been delving into the President's family businesses, and published allegations of extensive embezzlement of oil funds. She spent 18 months in prison before being given early release in May 2016, but says she is determined to continue her investigations.

Sacha Pfeiffer is an American newspaper journalist and was a member of the now world-renowned 'Spotlight' team on the Boston Globe. She and her colleagues spent years building up evidence and personal testimony of sexual abuse at the hands of Catholic priests, and the systematic cover-up of this by the Church. The resulting story caused shock-waves when it was published and the investigation was dramatised in the film Spotlight, which won the Best Film Oscar in 2016. Sacha was played by Rachel McAdams.