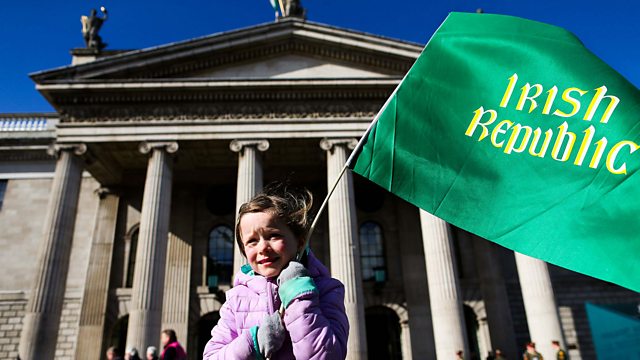 What are the issues affecting Ireland and post-Brexit Europe? Jonathan Dimbleby chairs a debate in Dublin with politicians and thinkers.

Ireland is the only EU country with a land border with the UK, and for that reason Brexit could have a profound impact on Eire. Jonathan Dimbleby hosts a lively debate in Dublin, lead entirely by questions from the audience. He is joined by a panel of four to discuss some of the most pressing issues of the day including Brexit, Donald Trump, abortion and getting young people involved in politics.

See all clips from Dublin (2)