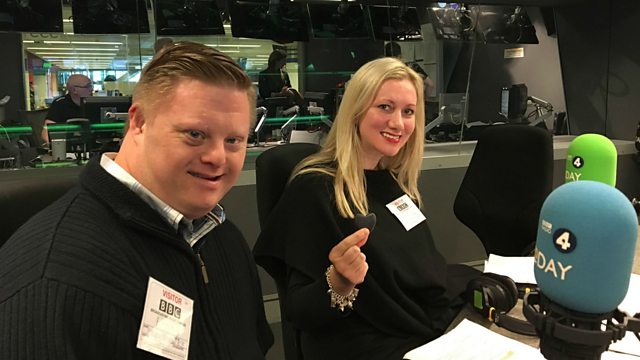 Steven Brandon is a British actor with Down's syndrome who is starring in a new film: My Feral Heart. The film tells the story of Luke, a young man who loses his mother.

Steven says he hopes his next role will be in Eastenders. He and the film's director, Jane Gull, speak to the Today programme.