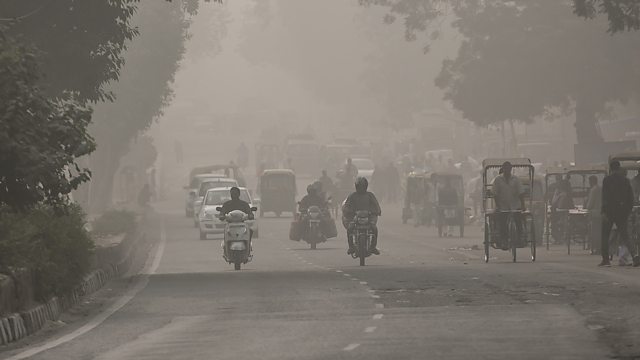 Understanding the huge spike in levels of particulate matter in the air over Delhi and why some seabirds sniff out ocean plastics?

Pollution - from car exhausts, crop burning, wood fires and Diwali fireworks - has reached record dangerous levels in Delhi in India this week. Scientists are attempting to discover why particulate pollution is so bad in the city and what can be done about it.

Leprosy in Red Squirrels
Many of the endangered red squirrels in the UK have been found to be infected with, and suffering from leprosy. Genetic analysis of the bacterium has shown that the form of leprosy is the human form, which infected people in Europe in medieval times. Professor Anna Meredith at the University of Edinburgh wants to know whether other red squirrels in Eurasia also have the debilitating disease.

Seabirds Sniff Out Plastic
Plastic pollution in the sea gives off a smell that attracts foraging birds. Floating plastic provides a substrate for algae to grow. The algae are fed on by plankton, and the process produces a chemical which attracts seabirds, who feed on the fish and other animals. The discovery could explain why seabirds that use smell to hunt for food, such as petrels and shearwaters, ingest plastic, causing injury or death.