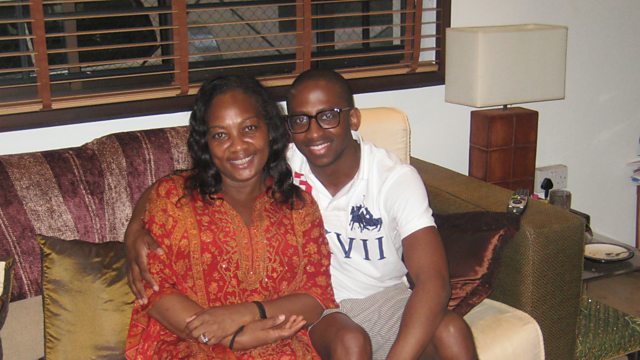 In July 2014, a Liberian diplomat called Patrick Sawyer flew to Nigeria on his way to a conference. He was taken ill at an airport in Lagos and collapsed. At the time, government hospitals were on strike and there were no public doctors to treat him. So Mr Sawyer was taken to a private medical centre run by Dr Ameyo Adadevoh. Her action is credited with ensuring that - unlike neighbouring countries - Nigeria had no widespread Ebola outbreak and she is seen as a hero. Dr Adadevoh's son Bankole Cardoso tells her story.

British couple Emma and Matt Denton's life revolves around classical music. They are professional musicians who are both members of the internationally renowned Carducci String Quartet. So when they found out that their young son Charlie was profoundly deaf, they were determined to find ways for him to share their love of music. Felicity Finch has been to meet the family.

William Trubridge from New Zealand has just set the world record for the deepest unassisted free dive - 102 metres beneath the sea off the Bahamas. Unlike other styles of free diving, William used no fins, he just held his breath and swam under the waves. William has been telling us what he finds so exciting about the sport.

Child Soldier's Fight for Her Daughter