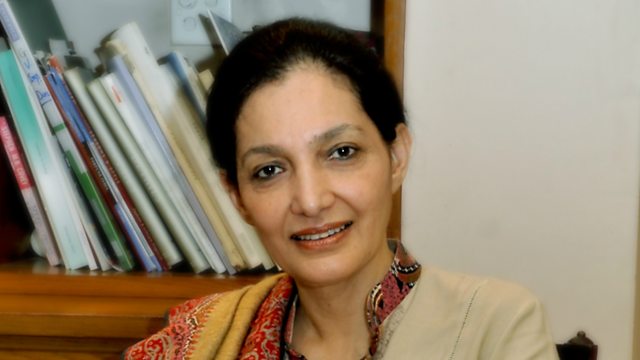 Seema Aziz thinks her risk-taking approach has enabled her to become one of Pakistan's most successful businesswomen. She has also managed to set up 700 schools for poor children.

When Seema Aziz started the fashion house Bareeze, doubters told her she was crazy. Against the odds Seema built one of Pakistan's most famous brands, but when a devastating flood hit her factory outside Lahore, she decided to turn her attention to the welfare of her workers. The result is the CARE Foundation and over 700 schools to educate poorer children across Pakistan.

Kenyan Lily Joan Wanjiku writes political comedy - sometimes to very tight deadlines. Until recently she was the head writer of the hugely popular satire The XYZ Show in which puppets are used to lampoon leading politicians and public figures.

An obsession with vintage Japanese video games has changed Joseph Redon's life. He has left his home, girlfriend, cat and family behind in France to live in Tokyo and amass a collection of retro games. He is also the person behind the Game Preservation Society which aims to make them available for future generations.

John Harris comes from a long line of funeral directors in London's famous East End. The local population used to be largely white and working class, but people have moved there from all over the world, and it has had a huge impact on the funerals he organises. From Hindu-Sikh wash-rooms on his premises to repatriating bodies to Nigeria, John tells us the history of his company T.Cribb & Sons.

Getting to Know My Father's Kidnapper