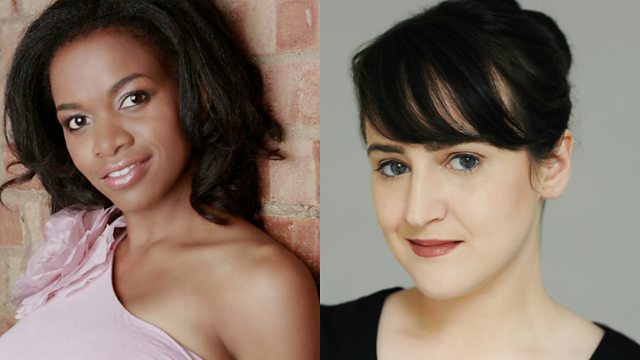 An ex Hollywood child actor and a former youth TV presenter from South Africa share their experiences of growing up on screen.

Can you beat the so-called 'curse' of the child performer? Maryam Maruf brings together two women who grew up on camera - the American star of the films Matilda and Mrs Doubtfire, and a South African youth TV presenter.

At six years old Mara Wilson was playing Robin Williams's daughter in Mrs Doubtfire, then she bagged the leading role in the film version of Roald Dahl's Matilda. For a few years she was the cutest little girl in Hollywood. Then as she hit puberty and did not become classically 'pretty', she discovered that the parts simply dried up. Mara chose not to re-enter the limelight as an adult, and is a writer and storyteller in New York. She's written a memoir called 'Where Am I Now?'

Mandisa Nakana Taylor shot to fame in South Africa aged 10, as one of a multi-racial cast of young presenters on the kids' show YOTV. For six years children raced home after school and watched her grow up on their televisions. Mandisa says it was great fun, and there were a lot of first kisses on set, but they were also expected to maintain an adult work ethic. Now a mother and student in the UK, she still appears on screen, this time on her own YouTube channel.