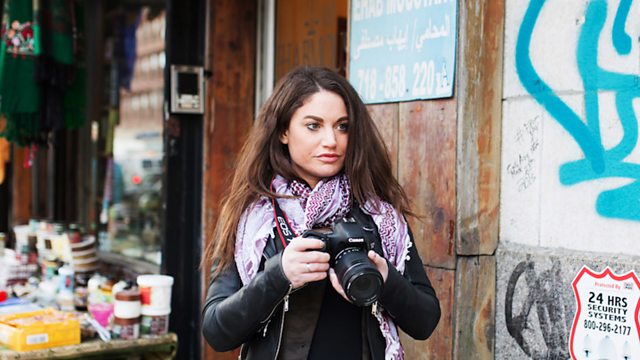 Getting to Know My Father's Kidnapper

Sulome Anderson's father Terry Anderson, was taken hostage while reporting from Beirut in 1985. Now a journalist herself, Sulome explains how she met her father's captor.

Sulome Anderson was born in 1985 three months after her father, Terry Anderson, was kidnapped while reporting from Beirut. He wouldn't be released until she was six. Now a journalist herself, Sulome experienced a remarkable coincidence when a seemingly routine interview turned out to be the start of a surprising relationship with her father's captor. She's written a book called The Hostage's Daughter.

When Dutch artist and taxidermist Bart Jansen discovered that his beloved pet cat had been run over and killed he wanted to make a memorial to him. Having named him Orville after one of the original aviators, Orville Wright, he decided that a fitting tribute would be to turn him into a drone. He tells our reporter Joel Carnegie why.

There is a saying that the way to a man's heart is through his stomach. Irish chef Jordan Bourke did not believe it but that all changed when he met Korean fashion designer Rejina Pyo. Now married, they have released their own cookery book, Our Korean Kitchen, encapsulating their eight-year romance through the medium of Korean food.