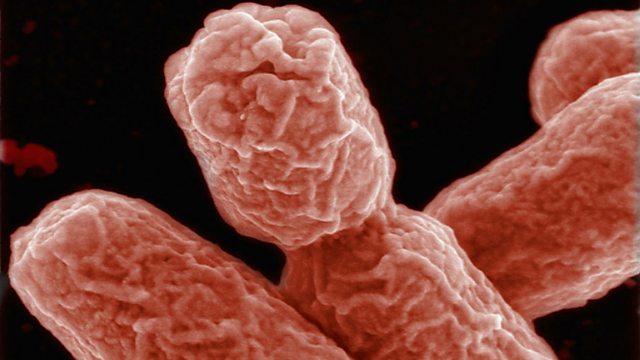 How Do We Fix Antibiotics?

By 2050, experts predict that drug-resistant infections will kill one person every three seconds unless the world’s governments take drastic steps now. But given the complexity of antibiotics resistance, what should their plan be? Some of the possible fixes involve changing ingrained human behaviours such as doctors’ prescribing habits and the intensive farming of animals. But other promising solutions to avert a post-antibiotics apocalypse come from surprising sources. Scientists are now hunting for undiscovered fungi in the world’s most remote places while other researchers stay in the lab deciphering the language of bacteria.

(Photo: A depiction of some EHEC bacteria Credit: HZI/Getty Images)

How Did We Mess up Antibiotics?

What’s the Story of Aleppo?

See all clips from How Do We Fix Antibiotics? (2)