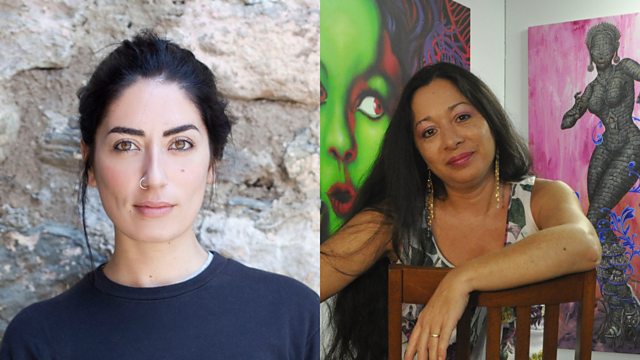 A blight on the neighbourhood or a creative form of social expression, when is graffiti art?

How do you feel about graffiti and street art? Is it a democratic form of creative expression, or an eyesore, a public nuisance, that gets your blood boiling? These are questions that Kim Chakanetsa puts to her two guests today.

Olga Alexopoulou lives in Turkey but is originally from Greece. She has a master's degree in Fine Art from Oxford University but she likes to paint on walls, big walls. She is responsible for the biggest mural in Greece, all 350 square metres of it. Street art has been very visible during the recent crises in both Turkey and Greece and while Olga's work promotes peace she has also had to face down her critics.

Lady Pink has been described as "the first lady of graffiti". She was born in Ecuador but made a name for herself across New York by literally spray painting her name on the city's subway trains. She was one of very few women on the scene in the late '70s. She used to dress as a boy to avoid unwanted attention. Three decades on, she is now one of the leading figures in the street art scene.

The Scientists at The Crick