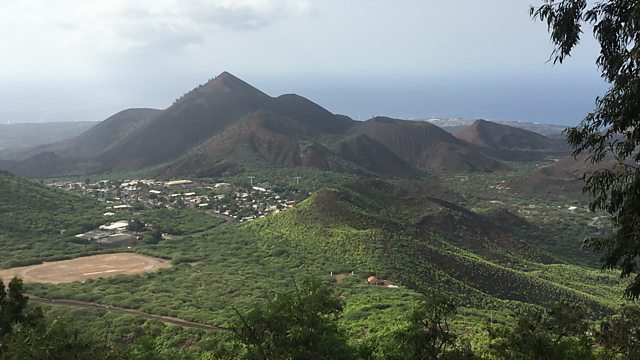 The Mars of the Mid-Atlantic

Ascension Island is a tiny scrap of British territory, marooned in the tropical mid-Atlantic roughly halfway between Brazil and Africa. It is the tip of a giant undersea volcano – rugged, remote and, up until around 150 years ago, almost completely devoid of vegetation.

Peter Gibbs visits to learn how 19th Century botanist Joseph Hooker, encouraged by Charles Darwin, planted a forest on the island’s summit to trap moisture brought by the trade winds, introducing a panoply of flora from around the world - ginger, guava, bamboo, ficus and dozens more.

But is Ascension’s cloud forest all it appears? He talks to conservationists struggling to cope with invasive species running riot, hears about the rescue of Ascension’s tiny endemic ferns, encounters nesting turtles on the beaches and ventures among the chattering ‘wideawakes’ on the sweltering lava plains by the coast.

The Sun King of China