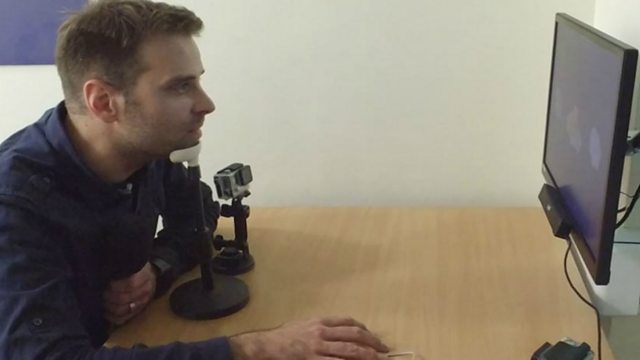 BBC Radio 5 live has been given exclusive access to a revolutionary new tool that uses eye tracking to help diagnose ADHD.

It’s thought that as many as 5 million adults in the UK could have ADHD, but only around 100,000 have been diagnosed. Part of the problem is that it can take years to be correctly identified.

The technology, called Braingaze, has been unveiled at the ADHD Foundation Conference in Liverpool. It claims to give an objective indicator of Attention Deficit Hyperactivity Disorder in just ten minutes, by using eye movements to track what the person is paying attention to.

BBC journalist Dan Maudsley was diagnosed with ADHD 18 months ago, and has become the first person in the UK to have his diagnosis confirmed by the new system.