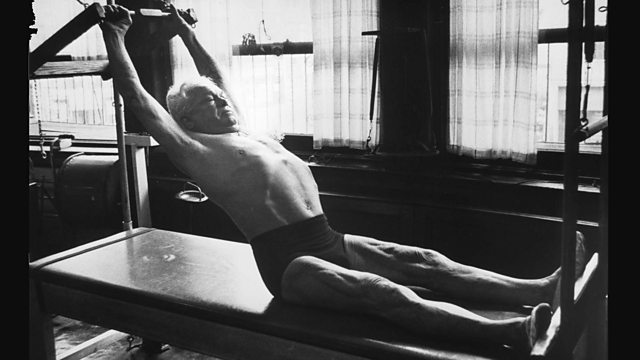 In the 1950s, Joseph Pilates taught his fitness method in a studio in New York. Mary Bowen was one of his students.

Joseph Pilates developed a system of strengthening exercises which are now practised all over the world. He called it "contrology", but it's now better known as just Pilates.

We hear from Mary Bowen, one of the Pilates Elders, who studied with Joseph Pilates and his wife Clara in New York in the 1950s.

PICTURE: Joseph Pilates (1883 - 1967), exercising at his 8th Avenue studio in New York City, circa 1960. He is using a machine with bars and pulleys, which are tensed by the exerciser against the pull of springs. (Susan Schiff Faludi/Three Lions/Hulton Archive/Getty Images)