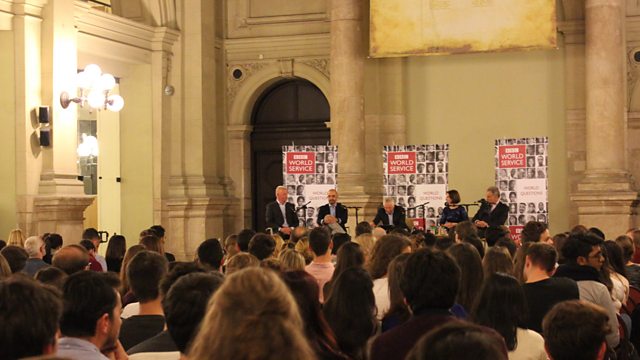 Freedom, democracy, immigration - issues affecting Hungary and Europe - are examined in a live debate from Budapest hosted by Jonathan Dimbleby.

Hungary has just held a deeply controversial referendum on the EU’s plan to impose migrant quotas. The European Union wants to share the responsibility for those entering the region through its southern borders. Many of them refugees from war. In a lively and frank debate at Corvinus University, Budapest, a large public audience debates freedom, democracy and immigration with a panel of politicians and thinkers chaired by Jonathan Dimbleby.

The panel includes the Government spokesperson Zoltán Kovács, Opposition MP for the Together party, Zsuzsanna Szelényi, business leader and former Hungarian Ambassador to the United Kingdom, János Csák and the Greek expert on the European Union, professor Loukas Tsoukalis.

Sixty years after the Hungarian Uprising against Soviet control, what is Hungary’s future within the EU?