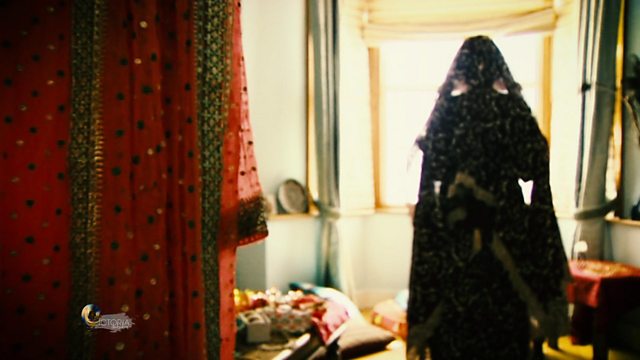 The wives being abandoned by their husbands

A new report has called for the practice of some British Asian men mistreating women and leaving them soon after getting married in South Asia, to be treated as a form of domestic violence.

Academics at the University of Lincoln have discovered that these men have been taking thousands of pounds from their new wife's family and using the women as domestic slaves for their in-laws.

"Sunita" tells Catrin Nye, reporting for the Victoria Derbyshire programme, that her life was "ruined" after she was abandoned.

The Victoria Derbyshire programme is broadcast on weekdays between 09:00 and 11:00 on BBC Two and the BBC News channel.