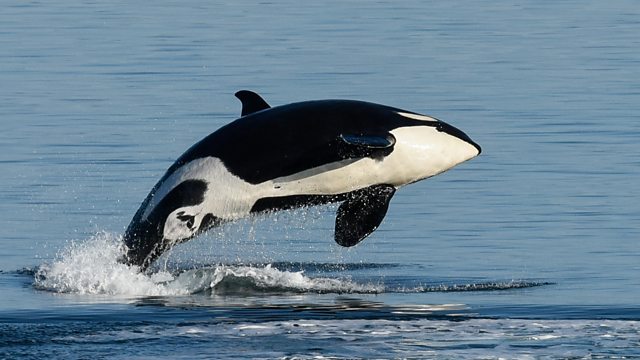 The killer whale is the only other animal species which goes through the menopause. Victoria Gill joins scientists in search of matriarch whales and their wisdom to find why.

Killer whales and humans are almost unique in the animal kingdom. The females of both species go through the menopause in their 40s or 50s, and then live for decades without producing any more offspring themselves. It is an extremely rare phenomenon. No other mammal does this, including other apes, monkeys and elephants, with the exception of another species of toothed whale. There are good grounds for thinking the menopause evolved for a reason, but why?

BBC science reporter Victoria Gill takes to the sea off the north-west coast of the USA with scientists who believe the killer whales in this part of the world can explain why the menopause evolved in both orca whales and our own species.

Victoria encounters 'Granny', the world's oldest known orca - a matriarch killer whale who is estimated to be between 80 and 105 years old. 'Granny' has not had a calf for at least 40 years and is still very much the leader of her family group.

(Photo: An Orca whale jumps out of the water © Jane Cogan)

Black Holes: A Tale of Cosmic Death and Rebirth

See all clips from The Whale Menopause (4)