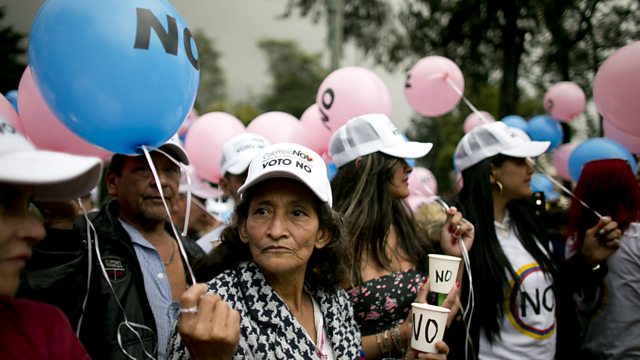 Colombians vote on peace accord; how to deal with rats; Aleppo siege

Colombians vote to decide whether to accept the peace deal between the government and the communist Farc rebels. Rodentologist Robert Corrigan explains why the only way to vanquish rats from urban centres is to change human behaviour. Aymenn Al-Tamimi from the US-based think tank the Middle East Forum on the Aleppo siege.

(Image: Opponents to the peace deal signed between the government and rebels of the Revolutionary Armed Forces of Colombia at an event to support the "no" vote for Sunday's referendum. Bogota, Colombia, Thursday, Sept. 29, 2016. Credit: AP Photo/Ariana Cubillos.)

Are Trips to Mars for Humans a Flight of Fantasy?