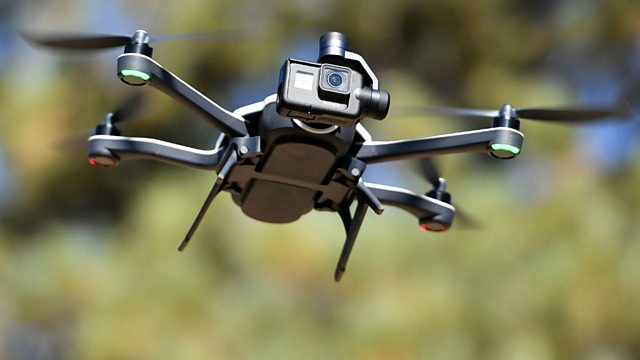 Two new compact drones aim to expand the gadgets' appeal. And will Google's plan to put India online be better received than that of Facebook? Presented by Rory Cellan-Jones.

Two new compact drones from GoPro and DJI aim to expand the gadgets' appeal. We ask film-maker Philip Bloom whether they will. And will Google's plan to put more Indians online be better received than that of Facebook? Plus Adrian Lacey reports on how researchers are shaping the future of audio broadcasting. Presented by BBC technology correspondent Rory Cellan-Jones, with Chris Foxx from the BBC Online tech desk, and special guest Samira Sohail, creator of the Samira Stalks podcast.

An AI-First World Is Coming