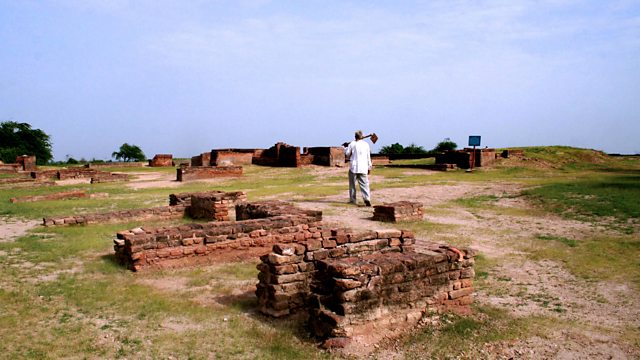 It is believed that the Indus civilisation thrived peacefully between 2600 BC and 1900 BC without any obvious social hierarchy. Andrew Robinson, who has written a book called 'The Indus - Lost Civilisations', says that 'there is absolutely no evidence of kings or rulers or big temples or big palaces or warfare.' How and why was this Utopian period possible?

(Picture: Indian caretaker Hirabhai Makwana walks in the ancient town of Lothal, some 80 kms. from Ahmedabad, 20 July 2007. One of the southernmost outposts of the Indus civilisation, Lothal is a unique lockgated dockyard; Credit: Getty Images)