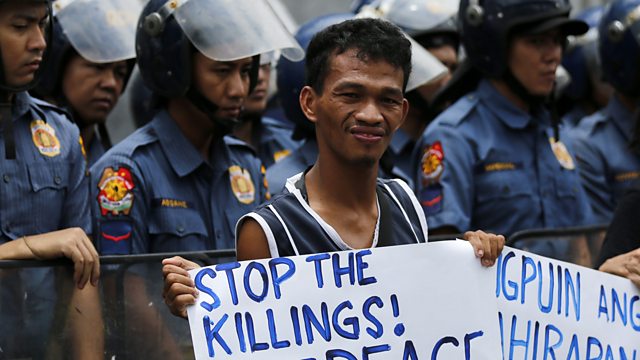 WS More or Less: Drug deaths in the Philippines

How many people have died during President Duterte’s drug crackdown?

Over the last two months the Government in the Philippines has been encouraging the police to clampdown on the illegal drug trade. The new President, Rodrigo Duterte, went as far as saying that citizens could shoot and kill drug dealers who resisted arrest, and the killings of drug suspects were lawful if the police acted in self-defence. The press have been reporting numbers of how many people have been killed during the crackdown – but how much trust can we put in these figures?

Lottery wins
We interview Adam Kucharski, author of The Perfect Bet, to find out if maths can give you an edge to playing the lottery or gambling.