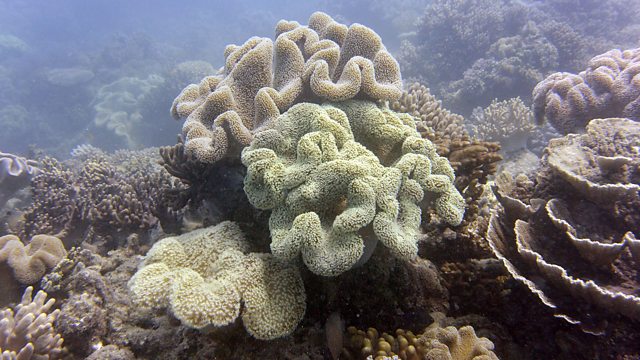 We hear from scientists pioneering extraordinary techniques to help coral survive in warmer seas. They're hoping they're not already too late.

Over the past eight months almost a quarter of the Great Barrier Reef has died – according to some estimates – because of coral bleaching, which can happen when sea temperatures rise. It's not the first time coral has bleached. It happened once or twice in the early 20th century after periods of warm weather. But, since the 1980s, coral bleaching has been happening regularly. And this year's Great Barrier Reef ‘bleaching event’ is the longest in history. Some say it signals the beginning of the end for coral reefs. There are though, rays of hope. In this Inquiry you'll hear from scientists who are pioneering some extraordinary ways of trying to help coral withstand warmer seas. They're hoping they're not already too late.

What’s the Point of Lotteries?

See all clips from Can Coral Reefs Survive? (2)