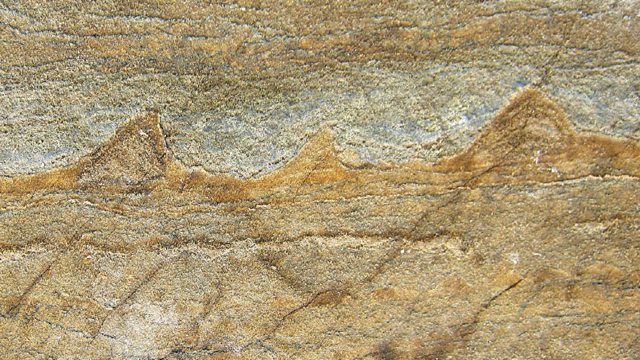 The Oldest Life on Earth

Snow on Isua Supercrustal Belt in Greenland has melted to reveal something quite unexpected. Scientists think the uncovered rock could contain signs of very early life, dating back to as far as 3.7 billion years ago. The evidence is thought to represent stromatolite fossils, the longest-lived lifeforms made up of sediment and bacterial growths. The work suggests that life might have formed 200 million years earlier than we previously thought.

Lucy Fell from Tree
Lucy was a hominin - Australopithecus afarensis - an early human species, who died over 3 million years ago. With 40% of her fossilised bones recovered, scientists have been examining them to learn more about her life and death. A recent, highly detailed, CT scan has revealed some surprising results, Lucy could have died from falling out of a tree.

Methane from Cows
Cows produce large quantities of the greenhouse gas methane. As part of the EU-funded RuminOmics project led by the University of Aberdeen, scientists have been measuring the methane production and energy efficiency of a group of cows. Could breeding cows that produce less methane be a more environmentally friendly way to farm in the future?

Alien Signals
There have been a lot of headlines and tweets recently about alien radio signals from a distant star. The signal was so powerful that if it were from aliens, the aliens would have spectacularly harnessed the entire power of the sun. However, it seems more likely that this signal is from here on Earth than from a star 94 million light years away, so let’s not get too excited yet.

Emotional Breath in the Cinema

See all clips from The Oldest Life on Earth (2)