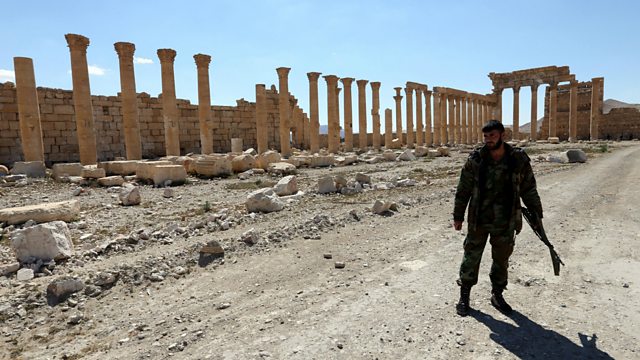 What is the Cost of Preserving the Past?

Why does preserving heritage matter? Are we in danger of prioritising culture over human life?

There was widespread shock and international condemnation when the Islamic State group destroyed the ancient Syrian site of Palmyra in 2015. But why does preserving heritage matter? Does an exploration of the past always bring unity, or is there a danger that preserving history can fuel divisions? And are we in danger of prioritising culture over human life? Join Owen Bennett Jones for a special edition of Newshour Extra recorded in front of a live audience in Edinburgh, with guests from the Edinburgh International Culture Summit.

The End of Cash?