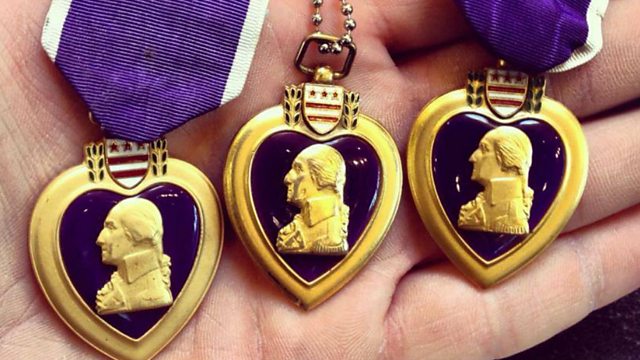 A soldier's quest to reunite lost war medals with their owners. Also, landing a plane with no lights, the Chennai office where a dog is boss, Colombian film projector collector.

Major Zachariah Fike is on a mission to reunite lost war medals with their owners.

Pilot Geoff Cobden of Australia's Royal Flying Doctor Service landed a plane at night, on a dusty airstrip with no lights, thanks to an ingenious solution - a row of flaming toilet rolls.

Geeta Pandey has visited an office in Chennai where a dog called Goofy is the boss.

Saudi writer Raja Alem is the first woman to have won the International Prize for Arabic Fiction.

'They Haunt Me, Day and Night'

The Man Behind Japan's Music Scandal