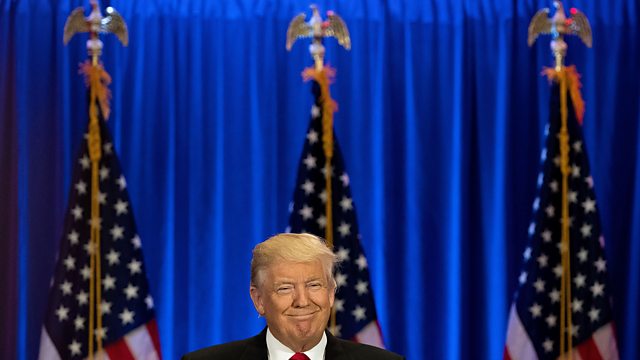 Would Donald Trump Be a Dangerous President?

Senior Republican national security officials in the US have signed a letter arguing that Donald Trump “would be a dangerous president”. Are they right?

Earlier this month 50 senior Republican national security officials signed a letter arguing that Donald Trump “lacks the character, values and experience” to lead the United States. “We are convinced”, they wrote, “he would be a dangerous president”. We want to know if they are right.

Our expert witnesses are: Timothy O’Brien, author of The Art of Being The Donald; Peter Feaman, Florida representative for the Republican National Committee; Daniel Drezner, professor of international politics at Tufts; and Elaine Kamarck from the Brookings Institution, an expert on presidential power and its limits.

Why Don’t Cities Want The Olympics?

See all clips from Would Donald Trump Be a Dangerous President? (3)