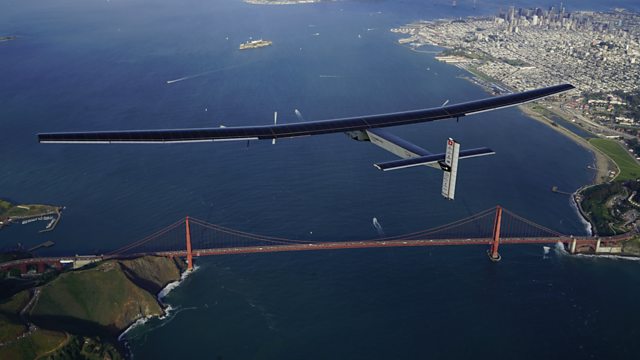 Bertrand Piccard and Andre Borschberg from Switzerland have flown around the world without using a single drop of fuel in a solar-powered aircraft. During the journey of 25,000 miles, the plane was in the air for nearly 500 hours and the trip was carried out in a series of legs which altogether took 17 months. Bertrand described what it was like to touch down for the final time.