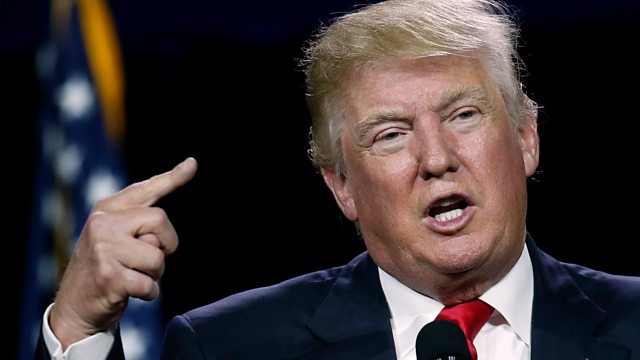 Trump 'not calling for Clinton to be shot'

Mr McCutcheon, a delegate for Alabama at the Republican convention, tells Sarah Montague that Mr Trump was saying that even if Mrs Clinton ended the Second Amendment - and so banned guns - gun owners would not get rid of them.