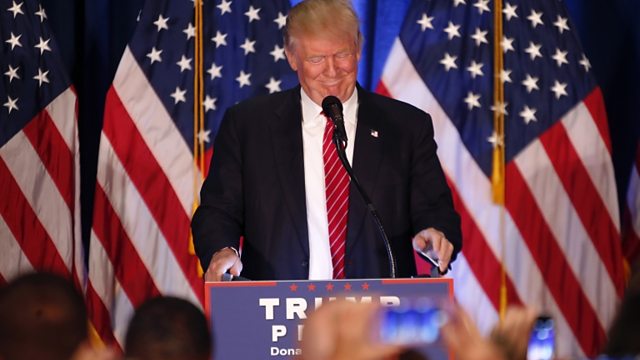 U.S. Republican presidential nominee Donald Trump has announced his foreign policy plans. He said if elected he'll put in place major controls on who comes into the country. He also promised to put an end to nation-building, vowed to destroy ISIS and blamed America's troubles with terrorism on President Obama and his presidential campaign rival, Hillary Clinton.

We examine Usain Bolt's sponsorship potential as a three-time Olympic 100m gold medal winner, and ask why Puma has not exploited their arguably most famous sporting sponsorship recipient.

And we discuss how PWC's legal problems in the U.S. stemming from a financial crisis collapse dating back many years may impact the entire accounting industry.

We're joined throughout the programme by two guests on opposite sides of the Pacific, David Kuo of the Motley Fool in Singapore and from Boston by Gernot Wagner, author of the book 'Climate Shock'. He is professor of economics at Harvard University and senior economist at the Environmental Defense Fund.