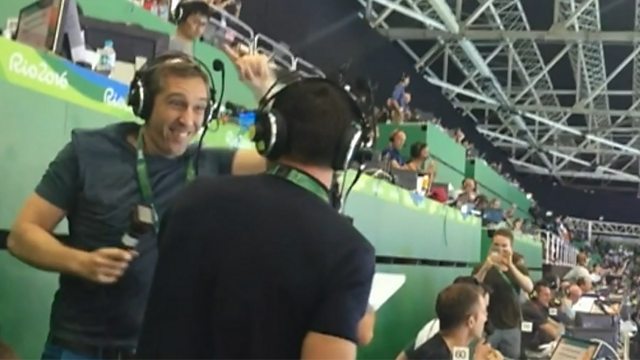 Great Britain won their first medal of Rio 2016 as Adam Peaty took gold in the men's 100m breaststroke final with a world record.

The 21-year-old from Uttoxeter broke his own world record by winning in 57.13 seconds.

Peaty is the first British man to win an Olympic swimming gold medal since Adrian Moorhouse, who won the same event in Seoul in 1988.