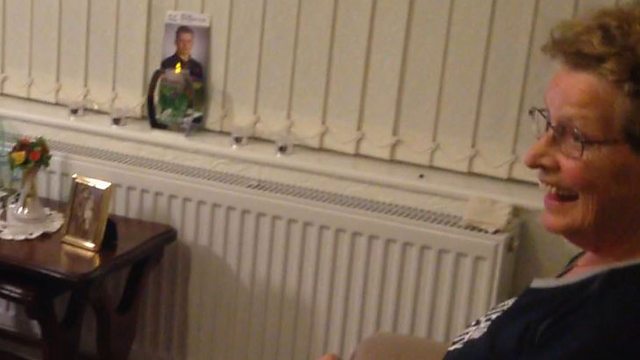 Great Britain won their first medal of Rio 2016 as Adam Peaty took gold in the men's 100m breaststroke with a world record.

The 21-year-old from Uttoxter broke his own world record by winning in 57.12 seconds, well clear of the field.

Adam's grandmother, Mavis, was watching back home in the UK.

This clip is originally from 5 live Breakfast on Monday 8 August 2016.