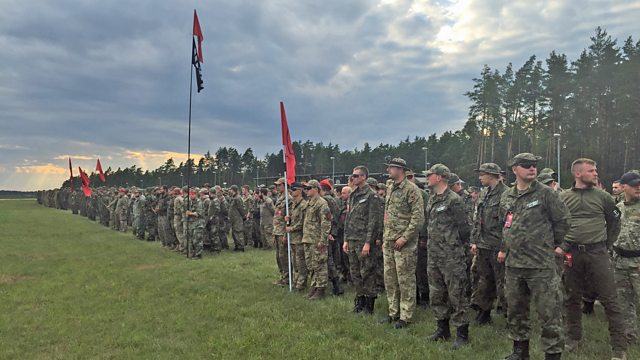 Thousands of young people in Poland are joining paramilitary groups to defend their country against a possible invasion. But from whom? Tim Whewell reports.

Playing war-games in the woods has become an ever-more popular pastime in Poland as thousands of young people join paramilitary groups to defend their country against possible invasion. Others – so-called “preppers” - are building bunkers and storing food supplies so their families can survive any disaster. Now the government plans to recruit such enthusiasts into a state-run volunteer defence force – to counter a possible Russian threat. But are the authorities stoking fear – and creating an amateur force that’s no use in 21st Century warfare? Tim Whewell reports from the forests of north-eastern Poland, close to the Russian border.

(Image: A paramilitary group in Poland)