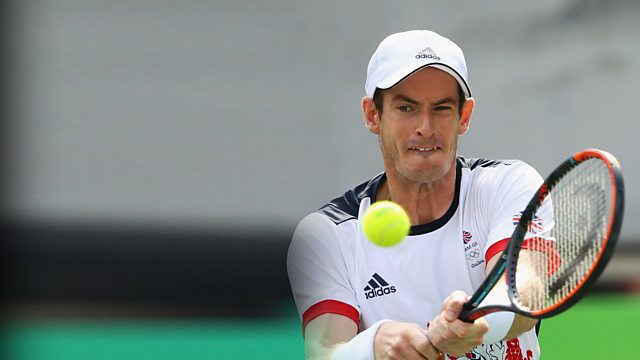 The physical abilities of gold medalists are clearly visible, but what goes on inside the head of an Olympian? We start with the champions of the future: Young sportspeople.

As the Rio 2016 Olympic Games play out, Claudia Hammond begins a series of three programmes examining the sporting mind. What does it take to become a world champion? Why does it sometimes all go wrong at the peak of an athlete's career? And what happens to elite sportspeople when it's all over and retirement looms? The physical abilities of gold medalists are visible for all to see, but we want to know what goes on inside the head of an Olympian.

We start at the beginning, with young sportswomen and men, asking how lifetime psychological foundations can best be laid. Today we focus on tennis, a sport requiring considerable mental strength. Claudia travels to the Academia Sánchez-Casal in Spain, where three-time Grand Slam winner, Olympic and Davis Cup champion Andy Murray trained. Here, they offer psychological training to their young players to help them develop the mental strength not only to win, but to lose, or deal with the myriad other challenges involved in taking on a sporting career. Olympic men's doubles silver medalist and academy founder Sergio Casal takes us on a tour of life as an elite young tennis player, along with sports psychologist Andrea Crosas and players hoping to become champions of the future. Dr Mustafa Sarkar, Senior Lecturer in Sport and Exercise Psychology at Nottingham Trent University, UK, has studied Olympic champions to find out what they attribute their success to. Is developing psychological resilience - along with a good dose of perspective - the key to success?
Producer: Jen Whyntie

What Future for Babies of Women Infected with Zika?