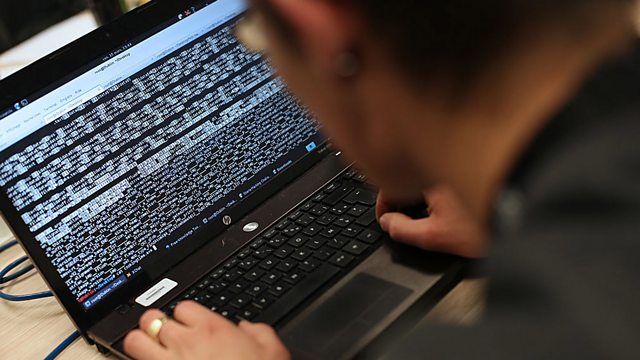 Def Con Las Vegas security conference is currently under way. After Russian hackers were revealed to have breached the Democratic National Committee last month, many attendees are keen to reveal that they are benign “white hat” hackers. Click talks to Andrew Pannell about the highlights.

Dementia Citizens Project
The charity Nesta has a new initiative to connect those with dementia, and carers, with researchers. It is piloting two new apps - Book of You and Playlist for Life - as part of its Dementia Citizens project. Through the apps, people with dementia and their carers can enjoy shared activities such as listening to music or creating a digital photo story book while also completing well-being surveys. Specialist researchers can then use the everyday data produced to spot patterns and produce evidence-based recommendations. Click talks with Nesta’s John Loder.

Little Cab
A number of companies in Kenya have launched services to rival Uber. They include Little Cab, a taxi hailing app that claims it will be cheaper and more reliable than the global tech giant. Little Cabs will have free in-car Wi-Fi courtesy, and has the option of a female-only service. Another startup, Sendy, which has made its name as an e-courier service, also entered the ride-hailing market this month. Michael Kaloki reports from Nairobi.

The Lost Palace
A team of digital designers have been working with the Historic Royal Palaces on an interactive experience to find a way to bring back to life Whitehall Palace which burnt to the ground some 300 years ago. They have developed an innovative interactive, audio and tactile experience called The Lost Palace. Click tries out the experience and talks to the designers Matthew Rosier and Jonathan Chomko from design studio Chomko & Rosier.

How Technology is Transforming Healthcare