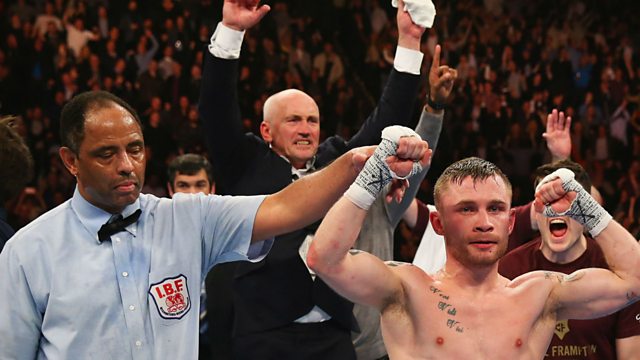 An emotional Barry McGuigan reacts to Carl Frampton's historic victory, describing it as 'one of the greatest nights of his life'.

McGuigan, who has worked with Frampton for eight years, said: "We always knew he could beat Santa Cruz. He [Frampton] is now a three-time world champion, I'm so proud of him."