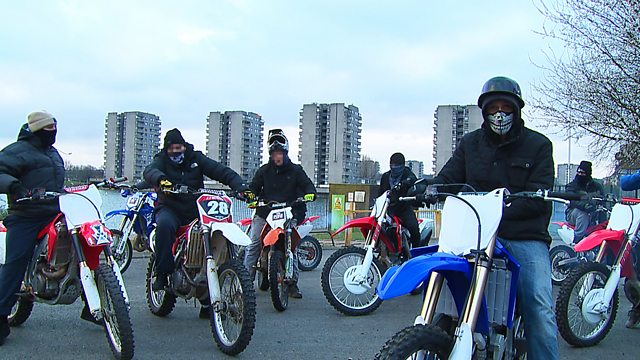 There’s a new war going on UK roads, between young bikers who perform dangerous stunts that could endanger the public and the police who are determined to stop them.

Britain’s Most Wanted Motorbike Gangs? takes us inside a new underground phenomena involved in the “Bike Life” scene, which sees young men performing stunts on motorbikes on public roads.

The bikers say that are part of a movement that showcases their skills and keeps young people away from gangs. The police say that they are dangerous criminals and are reacting by deploying increased resources to shut down the scene and lock up the most notorious riders.

Our cameras follow the riders from London and the Thamesmead estate in Kent as they play a game of cat and mouse with the police, and say that they’ll never stop riding even though they run the risk of arrest, injury and even death.